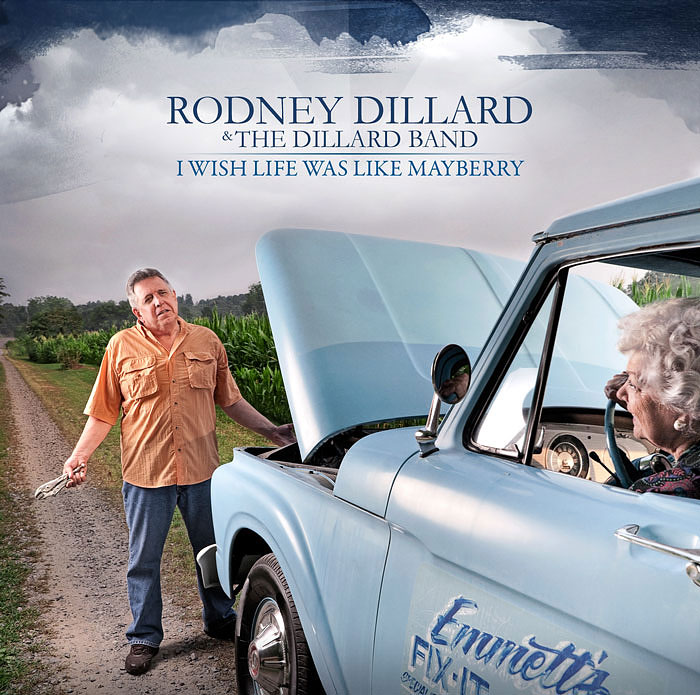 Rodney has a long history in bluegrass music. From my home state of Missouri, he was part of the legendary family band, The Dillards, who made many appearances on The Andy Griffith Show as the Darling family…… read more ~ The Bluegrass Blog

The Dillards were a driving force in modernizing and popularizing the sound of bluegrass in the 1960s and ‘70s. Rodney Dillard (guitar) and Douglas Dillard (banjo) grew up playing music with their family and friends (including a teenaged John Hartford) in Missouri. They performed on a St. Louis radio station as The Dillard Brothers in 1958, recording for a local label. After meeting Dean Webb they recruited him to play mandolin and bass for another self-produced recording which ended up in the hands of Mitch Jayne, a one-room school teacher who hosted a radio show called “Hickory Holler Time,” in Salem. Mitch attracted the attention of a manager when he was …… read more ~ Bluegrass Museum

Rodney Dillard has enjoyed a varied career in bluegrass, TV, and other music-related endeavors, including working with the likes of The Byrds and Ricky Skaggs. Through it all, he has maintained indelible ties to his Mayberry roots (notwithstanding that the town Mayberry is patterned after is in North Carolina, Dillard is from Missouri and the show was filmed in California).

“Obviously, he isn’t straying with this new CD. He’s not breaking any new trails in the snow, so if you like vintage Dillards material and/or The Darlings, you’re going to enjoy this CD. Many of the songs can be …… read more ~ Lonesome Road Review

After 28 years performing in Branson, Mo., Rodney Dillard has formed his new Dillard Band. Taking his musical adventures from his days as a member of TV’s Darling Family on the Andy Griffith Show and his membership in the groundbreaking Dillards bluegrass band, Rodney and the new band is ……. read more ~ Bluegrass Unlimited

Since “Dooley” and “Salty Dog Blues” have already been mentioned let’s dive into the old tunes first. “Dooley” and “There Is A Time” are the first two Dillard tunes I came across, and I can always listen to them, “Dooley” being the classic moonshiner’s tune, and “There Is a Time” probably the best song to ever sum up life in three and a half minutes. “Ebo Walker,” “Banjo In The Hollow,” “Doug’s Tune” and “Leaning In His Everlasting Arms” join the old classics, and you swear you can feel the band members of the past looking out for the band members of the present. If you aren’t familiar with the Dillards this CD is worth picking up just to acquaint yourself with these tunes. 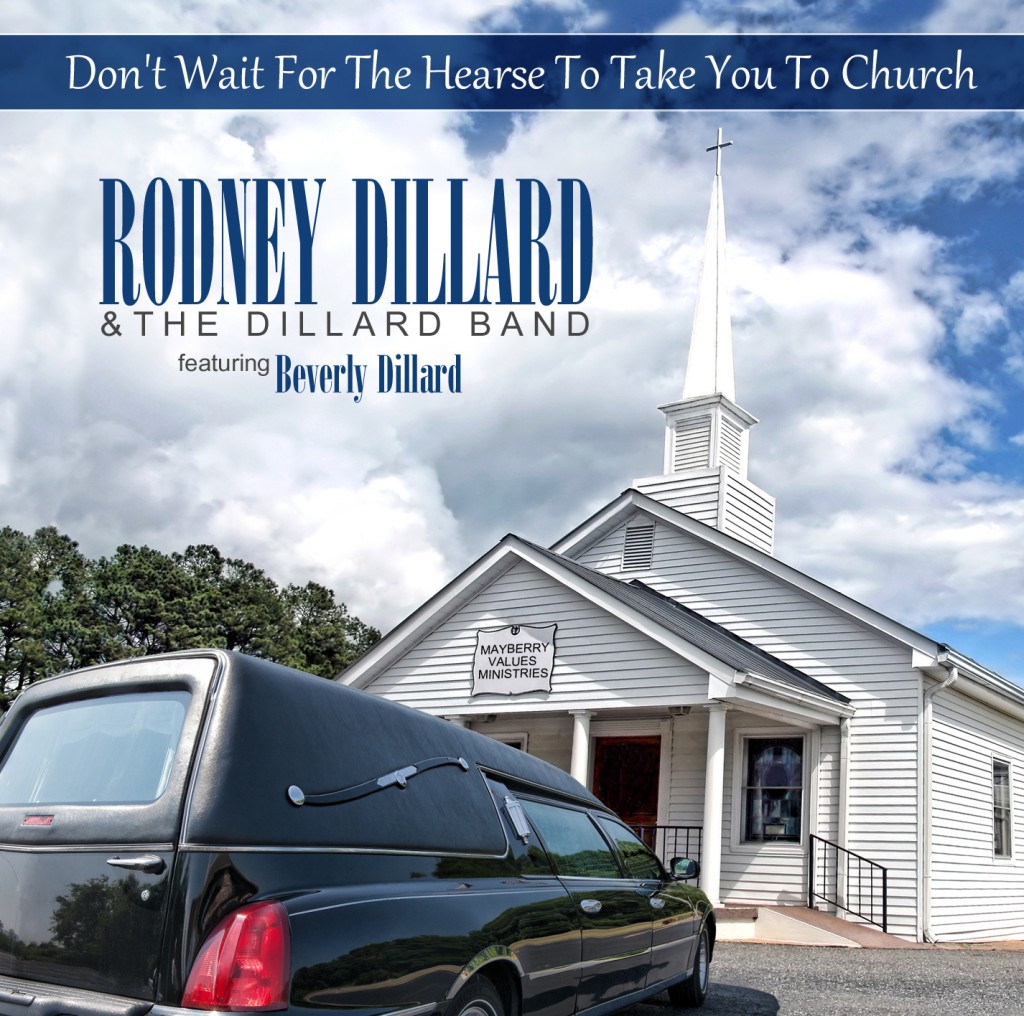 “This recording is a highly-produced, mainstream gospel program featuring top-notch pickers and the singing of Rodney and Beverly Dillard. This is part of their mission, Mayberry Values Ministries, which they are taking on the road across the country to share the values they feel are inherent in the legacy of that television utopia.”  Bluegrass Unlimited Magazine

“It’s good to hear Rodney Dillard doing what he does best, and doing it so well. If you love Gospel music, get this. If you don’t, Dillard’s takes on these classics just might make you a believer!”  Read full review at Music News Nashville

“This Gospel Bluegrass album is a breath of fresh air. In fact, it might make you want to jump up and praise the Lord! Dillard also added four bonus tracks, which add great color and value to this album. These spoken tracks serve as a bit of a sermon at the end of the album, which we all can use!”  – Power Source Magazine

“For bluegrass fans, add these picks to your mix: ……… Rodney Dillard & the Dillard Band’s Don’t Wait for the Hearse to Take You to Church …”  CMT.com

“Instrumentally the assembled multitude is nothing short of awesome, with Beverly on banjo along with Steve Bush (who also pitches in on guitar, mandolin and bass); Dillard, along with Tim Crouch, on guitar (like Bush, Crouch is a multi-tasker, also playing fiddle); George Giddens, Bruce Hoffman and Crouch on fiddle; mandolin by Giddens, Crouch and Bush; Dillard on dobro; Bush and Marty Wilhite on bass; and Pete Generous on percussion. Impeccable as their playing is, all of these musicians impress in the ensemble lineup by virtue of the sheer feeling informing their instrumental support. You might say they play with Dillards Values, meaning with the spirit and commitment the original Dillards displayed in those Andy Griffith encounters.” – read the full review and watch videos at The Bluegrass Special

“We couldn’t have The Dillards speak as The Darlings because there wouldn’t have been enough room for that many people to talk anyhow.  They were a wonderful group.”

“Me and New Grass Revival, we were one of the groups that brought on this different type of bluegrass.  We were already influenced by The Osborne Brothers, Jim & Jesse, and progressive bands like The Dillards.”