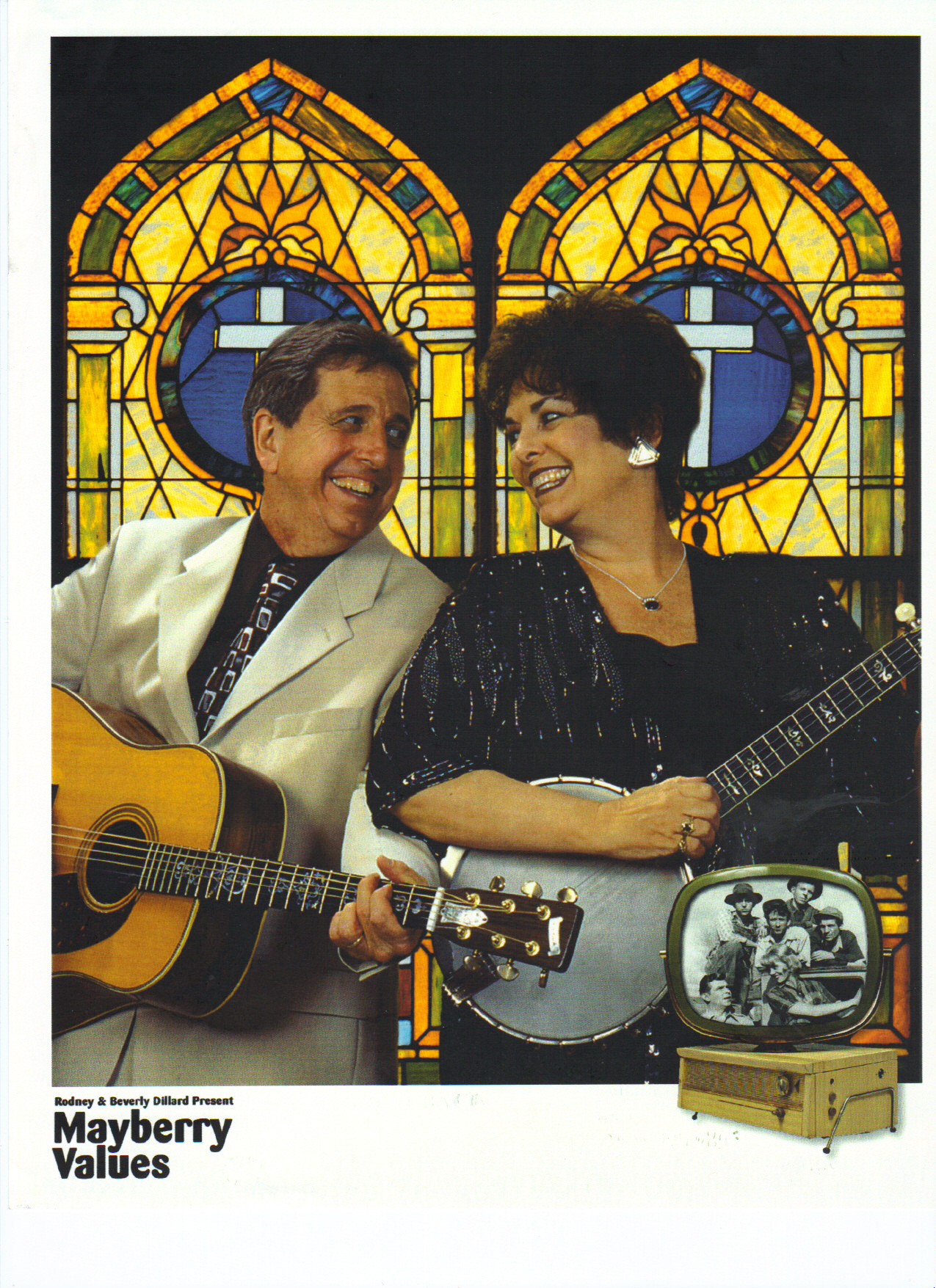 The Andy Griffith Show has captured the hearts of Americans since the 1960’s.  Its emphasis on family values, Christian principles and simply “doing the right thing” made it the most popular show in television history.

RODNEY DILLARD was one of the beloved “Darling boys” on many episodes.  Through the years, he, his brothers, paw and sister Charlene would roll into town on the old truck and fill Mayberry with their mountain bluegrass music and dead pan humor.

Now RODNEY DILLARD and his wife BEVERLY are bringing a wonderfully acclaimed program to churches all over America, proclaiming those cherished MAYBERRY VALUES that are so rapidly disappearing in our society today. Using humor, stories, testimonies, scriptures, song and video presentations, the Dillards are able to touch and inspire families and individuals of all ages. As they say in Mayberry, lets get “all keyed up” – this time for the Lord.

“My wife Sharon and I have known Rodney and Beverly Dillard for over 20 years. We know them to be fine Christian people of integrity and they have a heart for the lost. I think “Mayberry Values” is a great way to witness to people because everybody knows about Mayberry and what it stands for.  God bless their ministry and all their efforts to further the Kingdom of God.” –Ricky Skaggs

“This is a ministry that became our “best friend” and it will do the same for you and your family. It reteaches us to “Keep it simple,” and that is exactly the way the Lord intended it to be, in my opinion. It has had a great impact on me and my entire family.” –Tony Orlando