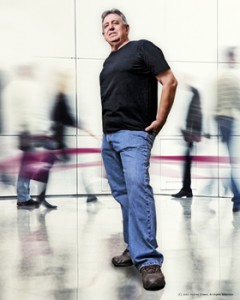 Rodney Dillard has had a long and varied career resulting so far in two Grammy Nominations, induction into the International Bluegrass Music Hall of Fame, a well-known acting stint on the Andy Griffith Show, many other movie, commercials and TV appearances, recipient of The Outstanding Missourian Award, and worldwide acclaim for his over 50 years of recording both traditional Bluegrass and his own brand of ‘DILLARDGRASS’.  Rodney Dillard as founding member of the legendary group, ‘THE DILLARDS’ (aka the Darlings) is seen nearly everyday somewhere in the world thanks to the still enormous popularity of The ANDY GRIFFITH SHOW reruns.

Rodney continued to modernize and innovate the sound of Bluegrass as he wrote and collaborated to write such now classic songs as “There Is a Time”, “The Darlin Boys”, “Ebo Walker”, and “Dooley”.

By the late 1960′s Rodney had transformed the Dillards into the driving force creating new sounds in the West Coast music environment. Later, called “The Father of Country Rock”, Rodney was among the first Bluegrass musicians to “electrify” traditional Bluegrass instruments while also adding drums, steel guitar, and orchestra. The band’s unique flare for song writing and arrangement affected a broad range of important future musicians in the Bluegrass and Pop music world alike. Rodney is credited with helping set the stage for the “Country Rock” movement and burgeoning progressive sounds of Bluegrass. 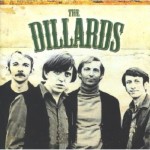 Albums such as “Wheatstraw Suites” and “Copperfields” remain legendary paradigm shifters and influenced many musicians who are now household names. Groups and performers as diverse as The Byrds, The Nitty Gritty Dirt Band, The Eagles, Elton John and Ricky Skaggs have all expressed appreciation for what Rodney accomplished musically.

A prolific multi-talented artist he has continued applying his innovation by producing albums for many artists as well as TV and radio commercials and has received many national awards for these. He is a frequent guest on various radio and television programs and has tour worldwide for 50 great years. 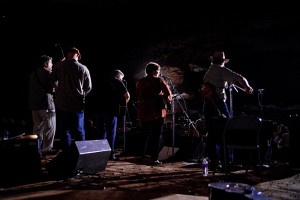 You can see Rodney Dillard perform his first live show with Jeff Gilkinson (of The Dillards) in over 20 years on the new television series, Nashville Unleashed!

“In 1970, somebody gave me a copy of Back Porch Bluegrass by The Dillards, and I never really recovered.  So I went and bought myself a mandolin.”

“Without The Dillards’ influence on my young notes and attitude, there would not have been a Nitty Gritty Dirt Band, nor a Will the Circle Be Unbroken album.”